Using our site requires cookies and if you do not accept them, our site will not work properly! They are harmless and never personally identify you, so please accept them → Accept

So What Is Dance Music Organisation?

DMO goes back many, many years to when I [Craig Chant (DJ CDC)] first set up a record company called Step & Stomp Productions Limited in September 2000 with a friend Dave Adams (DJ Promo).

Dance-Music.org was launched a year later as a “Dance Music Portal”, where other music sites could upload their banners to the system and visitors could vote for their favourite music sites.

We marketed our portal under the banner “A World Organisation In Dance” (old logo shown above) and used it as an advertising channel for Step & Stomp Productions, as well as enabling other dance music sites to gain higher portal rankings by using their affiliate links on their own website to bring in additional visitors.

This worked well for many years, and we even had a “Winners Hall Of Fame”, which was calculated and awarded on a 6 monthly basis with TheWhiteLabel.com (logo shown below), winning three consecutive times in a row, TheWhiteLabel.com company finally closed its original website in 2004 and will be sorely missed.

Many thanks to Robin Scott for his kind review of “Smile” in Mixmag.

After a while I set up another record company called Beats On A Biscuit Tin Limited (well it seemed like a good idea at the time) and used my old vinyl dj name “DJ - Whizz'ard” (or Whizz for short), so I could release my more alternative styles of dance music.

Finally I pulled Dance-Music.org as well as Beats On A Biscuit Tin (closing the limited company also), while continuing to DJ and write the SSPL Top 40 Charts Members Area.

Step & Stomp Productions Limited continued to grow and under went countless re-writes and further improvements were made, incorporating features such as a shopping cart, free MP3 downloads, internet radio, dance music forum, community chat room and even a Windows Vista gadget for the SSPL Top 40 Charts.

Then came a time when I started to concentrate more on writing tracks and building up my album portfolio, with so many years of intense work and dedication to my music and record companies, a day came when the love just seemed to vanish!

I finally closed Step & Stomp Productions Limited website (www.stepnstomp.co.uk), stopped DJing, stopped writing tunes and just CHILLED for a while (about time too, I was knackered!).

Slowly the urge to start writing again took hold and I started to work on my 7th album “Breaking The Rules”.

As I worked on the album, I thought about the old S.S.P.L. site and if I would resurrect it again, especially as I was approached by DJ Pyrosu for the source code and a working collaboration, but instead I decided it was time for a change and a new era.

I decided I was going to offer a lot of my dance music for FREE, just for the love of it and so decided there was no better place to give my dance music away than Dance-Music.org.

Other artists approached me who liked what I was doing and asked if they could join, so I added the DMO Artist members area.

Well that's what Dance Music Organisation is and how we now have the Dance-Music.org site you see today, it continues to grow with more and more artists joining to give their EMD away for free.

To this very day I continue to write tracks, develop the website and of course help to promote other independent artists. We have launched a record label division DMO Recordings securing distibution via DigDis in Germany and signed some of the DMO artists to the label, as well as a second label DMO RECORDS due to Equality Act issues and GDPR.

We also have our facebook page where you can come say hi and keep up to date with what's going on as well as our Sound Cloud portal and YouTube channel, where you can access exclusive tracks only available on the Dance Music Organisation published record labels and partners.

I hope you enjoy Dance Music Organisation and all the music we give away for free with love!

Don't forget you can keep up to date with latest releases and new artists by joining as a DMO subscriber, for FREE! 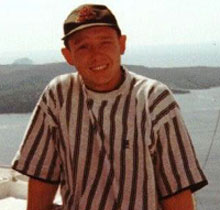